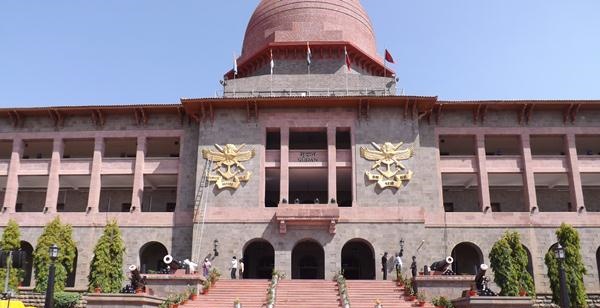 NDA II Exam 2022 is an examination conducted by the Union Public Service Commission twice a year for admission to the Army, Navy and Air Force wings of the NDA and Indian Naval Academy Course (INAC).

National Defence Academy at khadakwasla is a Defence Training Institute which imparts basic training for all three Services of Indian Armed Forces – Army, Air Force and Navy. India Males/Females who intend to join armed Forces can join NDA after 12th. To get into NDA, A three stage selection Procedure is followed, i.e. Written Exam, Service Selection Board Interview and Finally Medical examination. The selected candidates go through rigorous training for 3 years culminating in graduation with BA/BSc or BCs (Computer Science) degree of JNU Delhi (Apart from this the candidates are also trained in outdoor skills, like PT, Drills And games. The emphasis in NDA is on character building, mental and physical robustness, leadership and a sense of keen observation for leading the troops in the Battle field.

The approximate number of vacancies to be filled on the results of this examination will be as under:-

Physical Standards: Candidates must be physically fit according to physical standards for admission to National Defence Academy and Naval Academy Examination (I), 2022 as per guidelines given in Appendix-IV. (e) A candidate who has resigned or withdrawn on disciplinary grounds from any of the training academies of Armed Forces is not eligible to apply

Candidates (excepting SC/ST candidates/female candidates/Wards of JCOs/NCOs/ORs specified in Note 2 below who are exempted from payment of fee) are required to pay a fee of Rs. 100/- (Rupees one hundred only) either by depositing the money in any Branch of SBI by cash, or by using net banking facility of State Bank of India or by using Visa/MasterCard/Rupay Credit/Debit Card. 8 N.B. 1 : Applicants who opt for “Pay by Cash” mode, should print the system generated Pay-in-slip during Part-II registration and deposit the fee at the counter of SBI Branch on the next working day only. “Pay by Cash” mode option will be deactivated at 23:59 hours of 10.01.2022 i.e. one day before the closing date; however, applicants who have generated their Pay-in-slip before it is de-activated may pay at the counter of SBI Branch during banking hours on the closing date. Such applicants who are unable to pay by cash on the closing date i.e. during banking hours at SBI Branch, for reason whatsoever, even if holding a valid Pay-in-Slip, will have no other offline option but to opt for online Debit/Credit Card or Internet Banking Payment mode on the closing date i.e. till 6:00 P.M. of 11.01.2022.

NOTE-1 : Candidates belonging to Scheduled Castes/Scheduled Tribes and those specified in

NOTE-2 : The Wards of serving/ex-Junior Commissioned Officers/Non-Commissioned Officers/Other Ranks of Army and equivalent ranks in the Indian Navy/Indian Air Force are also not required to pay the prescribed fee if they are studying in Military School (formerly known as King George's School)/Sainik School run by Sainik Schools Society. [N.B. : A certificate of eligibility for fee exemption is required to be obtained by all such candidates from the Principals concerned individually and produced for verification at the time of SSB Test/Interview by the candidates who are declared qualified for the SSB Test/Interview.]

The Union Public Service Commission shall prepare a list of candidates who obtain the minimum qualifying marks in the written examination as fixed by the Commission at their discretion. Such candidates shall appear before a Services Selection Board for Intelligence and Personality Test where candidates for the Army/Navy wings of the NDA and 10+2 Cadet Entry Scheme of Indian Naval Academy will be assessed on Officers Potentiality and those for the Air Force in addition to the above will have to qualify Computerised Pilot Selection System (CPSS). Candidates with Air Force as one of the choice would also undergo CPSS if they qualify SSB and are willing.

The online Applications can be withdrawn from 14.06.2022 to 20.06.2022 till 6:00 PM. Detailed instructions regarding withdrawal of Applications is available at Appendix-II (B

Army Institute Of Fashion And Design 2023

Release of the NTA Examination Calendar for Academic Year 2023-24

Indian Institute Of Craft And Design

Quiz on India – The Mother of Democracy

Suggest a Tagline for LiFE- Lifestyle for Environment

OUT OF THE BOX THINKING - THROUGH MATHEMATICS IIT Madras Online Course

Writing Competition on ‘Life and Message of Guru Tegh Bahadur

Design a Logo for Virtual Courts

Thapar Institute of Engineering and Technology, 2022

Essay and Art Contest on Civil and Human Rights